This post may contain affiliate links, which means I’ll receive a commission if you purchase through my links, at no extra cost to you. Please read full disclosure for more information.

Fall is slowly making its way to Georgia. The mornings are distinctly cool and brisk, even if it does still get up to 80 degrees nearly every afternoon. I’m settling in to my new job more and more each week, and we finished the first quarter of the school year today with Grandparents Day. I taught the kids a worship song in Spanish that they sang in front of the grandparents during the program we put on for them. I had them do motions and everything. Those of you who know how I used to lead the choreography during SWAMP at church know how much it amazed me that now I do that sort of thing for my job – we use motions for e v e r y thing we do while learning Spanish.

This month, I’ve been reading A LOT, but I’ve been reading multiple books at once, so I haven’t finished very many of the ones I have in progress. I placed several holds at the library, which of course came in all at once, plus the library had its semiannual book sale. I’ve kind of fallen off the wagon for my official reading challenges, but…it’s okay. It’s still been a good reading month.

As You Wish: Inconceivable Tales from the Making of The Princess Bride by Cary Elwes

I checked this out as an audiobook on a whim and didn’t necessarily expect to stick with it; I just needed something to listen to on a road trip. However, I enjoyed it!

The audiobook is narrated by Cary Elwes (Westley) himself, as well as the voices of several others in the cast and directors. Just like the movie, it was fairly family friendly, though it does discuss some alcohol consumption and had perhaps one h***. Other than that, it was full of fun anecdotes about the production of the film, and the cast shared many memories of the making of this one-of-a-kind, classic film.

Love Does by Bob Goff

I bought Love Does on one of my Goodwill book runs because my sister read it a few years ago and recommended it. I read it a few chapters at a time before bed over the course of a couple of weeks. It was somewhat like a devotional in nature with the brevity of the chapters and the reminders of who God is, how He loves, and how we are to love others. Bob Goff has thus far lived a fairly unusual, extraordinary life, though you wouldn’t ever know it by how he talks – er, writes.

I will most likely reread this book. There’s a lot in there, and I need time to let it sink in and the implement. There may have been a couple of analogies that felt like a stretch and a statement or two that didn’t seem exactly theologically sound. However, overall it was an uplifting book that gave me good reminders about love and loving others.

Present Over Perfect by Shauna Niequist

This is another book that I’ve had on my TBR for a few years now, and it was very popular in the first few years when it came out.

I have to say that if I’d tried to read this a few years ago, I wouldn’t have been ready for it. Also, it was about a different focus than I expected. For some reason, I anticipated that it would be more about how to be more present amidst busyness.

And it was…kinda. But rather than being a self-help books, it was autobiographical and described the journey she has taken to learn how to say no and to slow down her life. I’ve been on a similar journey the last few years, so the large majority of the book was affirming – especially when she shared her two criteria for keeping books around. They’re the same two I came up with for deciding what books to buy as I regrow my collection.

The end of the book was different for me. Shauna had gotten farther on her journey to slowing down her life than I have, so I felt like I was hearing new things toward the end.

I recommend this is you’re looking for some encouragement and rationale and know-how on slowing down your own life.

I’ve continued to reread the Mitford series this month. I think I’m on the second-to-last book of the original series. Though I don’t love how she switches perspectives to other characters in the later books, I do find these books to be pure feel-good, uplifting stories, with a whole cast of characters to know and love.

I can’t quite remember how I heard about this book, but the fact that it is set in my new home state made me interested to learn about the “Southern Titanic.”

There were a couple of spots where I was worried she was going to write an open-door scene (but she didn’t, really. So I just skimmed over the part that went into a leetle too much detail), and a sprinkling of cuss words.

However, this was overall a good read, filled with historical facts (yay for embedding learning in story!) and a tale of healing from deep loss.

This book goes back and forth in time between the perspective of Everly, the young, grieving historian who is tasked with creating a museum exhibit from the found remains of the shipwreck of the Pulaski and a couple of female characters who were on the boat itself. One is an historical figure; the other is a composite of the lives of several passengers. I was disappointed to read the author’s note and find out that the major question mark for Everly was a fictional character. But Patti Callahan sure wove a tale that made me want to keep reading.

Echo is described as a mixed-genre book. It is part fantasy, part historical fiction, part fairytale. It tells the story of three different young people who were gorwing up during WWII and they are all connected by a harmonica that has a bit of magic about it.

The first character is someone with a huge birthmark on his face who is growing up in Germany during Hitler’s rise to power. The second is an orphan in New York City, and the third is the daughter of Mexican immigrants.

Each one faces his or her own struggles, and the harmonica happens to help ease their burdens in some way.

While I enjoyed seeing how the stories were woven together at the end, I didn’t love how the author left things hanging with each story, and you had to wait til the very end to find how they turned out. She left it on a cliffhanger for each one, but then they weren’t actually the cliffhangers that you thought they were. I dunno. That wasn’t my favorite. But each individual story I did appreciate.

Overall: enjoyable read, but not my favorite of her writing. P.S. Don’t be alarmed by the large size of this book. It’s a very quick, page-turning kind of read.

Some readers think they need to finish every book they start. I am not one of those readers. I like to try new-to-me and different books, but if they involve a fair amount of cussing, sex, coarse joking, or are just plain boring, I’m highly unlikely to finish it. I recognize that means I’m limiting myself in what I read, and that potentially I’m missing out on some great stories and literary work. But I’ve seen how much what I read influences the way I think, so I say no thank you to influencing myself in that way.

The Cousins by Karen M. McManus

I started the audiobook of this one on the aforementioned road trip and stopped about 10 minutes in. When there are more cuss words than I can count within the first 10 minutes, that’s a definite turn off (literally) for me.

The Sleeping Giants by Sylvain Neuvel

I got about 50% (or more?) through this one before DNF’ing. I really wanted to like this and finish it, since it’s been on my TBR for quite some time now.

But I didn’t appreciate the overt objectification of women, the description of sex scenes (even though they were told past tense), nor the cuss words doled out periodically.

It was enjoyable as far as the mysteriousness of the gigantic alien-made body parts they recovered, and I did want to hear how it wrapped up, but…wasn’t worth it for me.

What have you been reading lately? 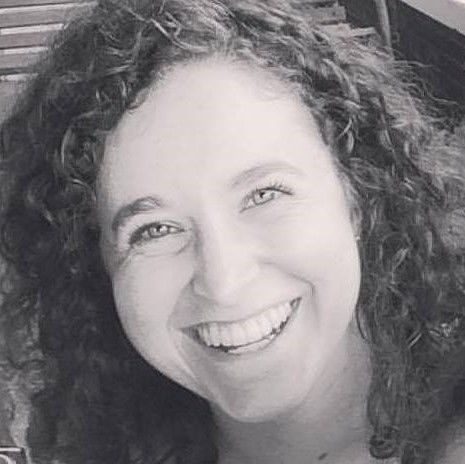